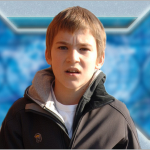 aka John (I'm very busy and will not be too active, but could pop in once in a while)

John can you please help me make some educational decrees. I've made these already:

Not alarmed, more confused, first of all, "take over" I mean, what exactly do I need to do? And the favicon, which image, that little pink thingy or the Hogwarts crest? He put two images on when he asked and I didn't know which was which..... --BachLynn

Well, I kinda like this wikia. Even if Dount4 is inactive, we can still expand it and keep it steady. It may not serve much of a purpose except as another HP Wikia, but it's still useful. I don't think we should request it for deletion. SnapeFan1

Please don't delete the wiki. My inactivity was because of an internet block :(

Retrieved from "https://harrypotterwiki2.fandom.com/wiki/User_talk:Head.Boy.Hog?oldid=6243"
Community content is available under CC-BY-SA unless otherwise noted.